I thought I would post a little update on the state of progress on the Manchester Metrolink city centre track renewals.
Things have moved on a pace over the last couple of weeks with lots of pieces of separate track now being joined together. We have continuous track from Princess Street to Delta, Victoria to Dantzic Street, Shudehill Rd to Church Street, with work progressing around Market Street Station and round into the Delta.
The new surface finish (paving) is looking very posh, perhaps it will put some of the existing paving to shame. 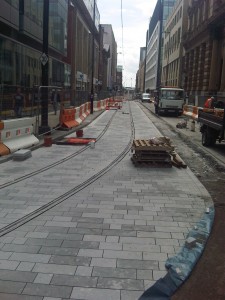 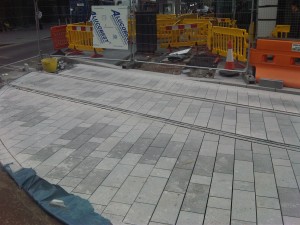 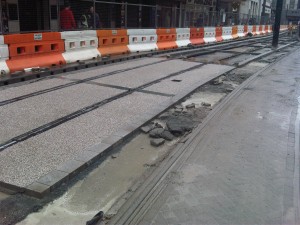 The job is suffering from the odd hitch, such as a run of failed welds which has led to a some rework.
Work has finally started to move on at Shudehill, there have been a few hitches, but things should now be starting to progress with the Inbound due to be fit to run trams by the end of August. Time is tight but with a bit of effort this should be possible. 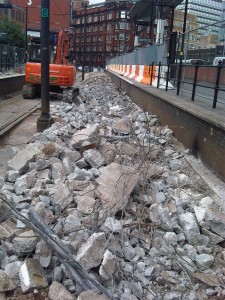 It has also rained a lot, and I mean a lot. Not a day seems to go by without the heavens opening and pouring down on Manchester.


Categorised in: All, Business

Browse the blog categories and archives: